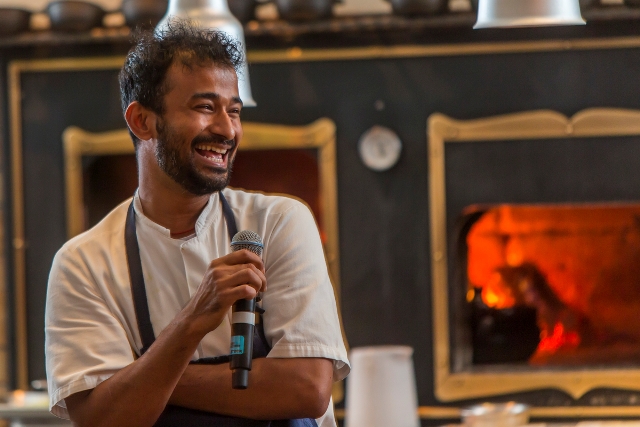 I’ve met the rising star Parashuram Pathak, Executive Chef at the iconic InterContinental Sanctuary Cove Resort. I was told that “Para” had amazingly transformed the dining experience at The Fireplace restaurant since his stint at Noma Copenhagen, Denmark. Not a bad reputation to have, when starting from very humble beginnings at his parent’s farm in Nepal. “Para” to his friends, worked for free for ten long months before he was accepted into the Hyatt Nepal to start his formal French-based training. He moved away from family and home to grab the chance to work at the Dubai InterContinental which offered him well-rounded training within their ten different restaurants.

Via San Francisco, his dream place to one day open his own restaurant; he moved to Sydney in 2011 where he worked at InterContinental Sydney and from there transferred to InterContinental Sanctuary Cove Resort on the Gold Coast.

Striving for the top; Parashuram applied last year for a rare training place at NOMA Copenhagen, Denmark. Each year Noma accepts a handful of young chefs who are volunteering and are eager for a new experience like no other. The three-month internship offers a glimpse into a very different way of food creation.  It promotes natural, seasonal produce as a basis for new dishes. The lucky chosen young chefs venture into a novel world of alternative food.

They attend lectures in the Nordic Food Lab, they forage and harvest new and unusual produce from Noma’s farms and are taught the importance of seasonality and the art of fermentation.

Working at Noma is life changing. The two Michelin star restaurant in Copenhagen, Denmark is world-famous and is run by chef René Redzepi. The restaurant is known for its reinvention and interpretation of Nordic Cuisine and has been ranked as the Best Restaurant in the World over many years.

At the beginning of 2016 Noma will temporarily relocate to Sydney, Australia and then reopen in 2017 as an urban farm near Copenhagen. The bookings for Noma’s ten weeks stint in Sydney were snapped up within minutes of the announcement. 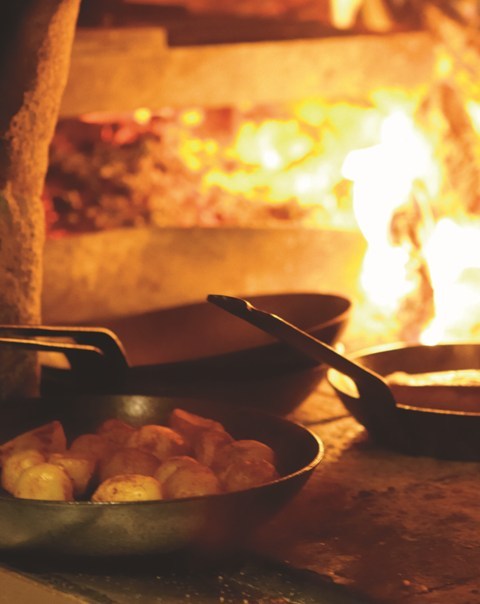 Para has taken his three months of this extraordinary culinary experience at Noma to bring inspiration to the new summer menu in The Fireplace, at InterContinental Sanctuary Cove Resort.

He works tirelessly with his team to source local, seasonal ingredients and fresh fruit and vegetables from Northern New South Wales to Mount Tamborine and up to Brisbane.

The landscapers of the resort had to clear out their flower beds for Para’s fantastic new herb garden, which is now right outside The Fireplace.

Para’s calm, obliging and charismatic personality has made him the ideal leader for guiding the crew at The Fireplace, and across the resort’s other food and beverage outlets.  The talented team of chefs are not necessarily following stringent recipes; they are creating food depending on the local produce they unearth. They experiment with fermentation, food with healthy, live, Lactobacillus bacteria, creating different exciting flavoured Miso, e.g. from Elderflower.

In their test kitchen, they craft new taste sensations of different flavours and textures every day. By experimenting, the team has discovered that often the best things are created by accident.

Para’s passion for food is apparent when he talks about fresh produce; that the ripeness, temperature, age, texture, smell of a fruit, for example, determines what he will create. The flavour of a peach or apple today is very different tomorrow. Where today the same apple will end up in a delicious tart or a fresh dessert, tomorrow you could taste it as a sorbet or it could accompany a dish as spicy chutney. 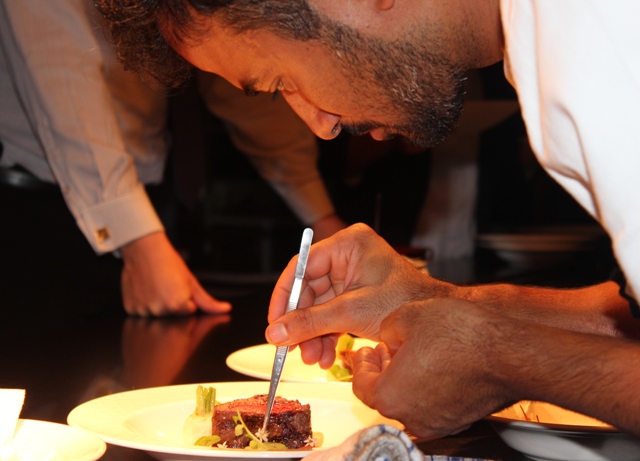 Para is very loyal to the InterContinental Hotel chain, grateful for all the opportunities he had to be trained in all aspects of running a successful restaurant. However, his dream is not in the direction of being a manager with a large number of kitchen staff, but to be a hands-on chef in the hot and steamy, experimental kitchen. “I belong in the kitchen; that’s where my passion is and one day I hope to find the opportunity to run my own restaurant wherever that might be”.