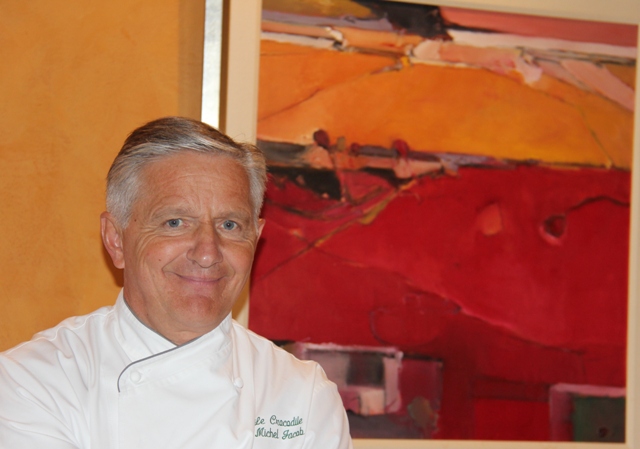 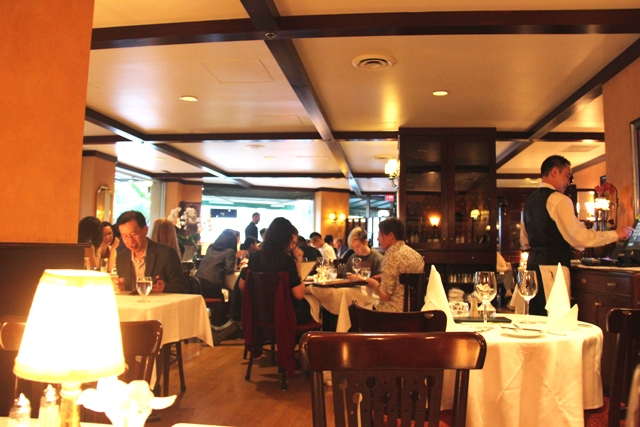 My introduction to Michel Jacob, owner and celebrity chef of Le Crocodile Restaurant Vancouver, was through Stephen Tredwell, the Chaîne des Rôtisseur’s Bailli of Vancouver.

Michel and I met up on our visit to beautiful Vancouver.  Michel, originally from the Alsace, close to the Swiss border and I was born in Switzerland. So, we had a lot to talk about, especially as Michel had also worked in Lausanne, Switzerland.  We reminisced about our countries different styles and tastes in food.

We discussed the tremendous changes in the culinary scene since we’ve moved to our new countries, me to Australia and Michel to Canada. There is a lot to say for change and innovation, but I agree with Michel that a lot of the new trends are fading as fast as they become popular, be it molecular magic or nitrogen spectaculars. 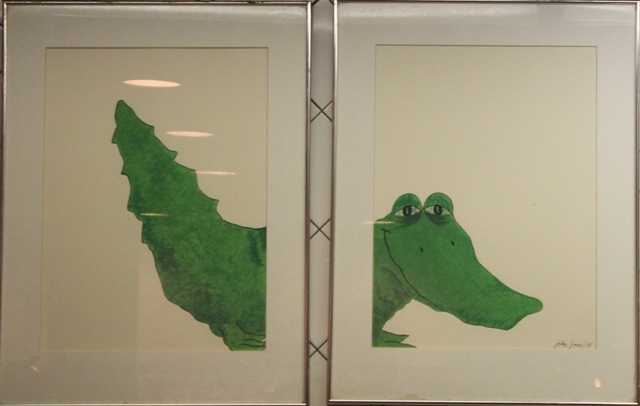 When Michel first moved to Vancouver, he named his restaurant after the “finest restaurant he had ever dined at in his hometown of Strasbourg, the three-star Michelin restaurant: Au Crocodile”.

Michel’s outstanding success with Le Crocodile Restaurant in Vancouver is consistency, reliability and customer service. Michel explained that: “a great lunch today has to be identical next time around. If you bring along your friends or want to impress your clients, you have to be sure that your guests will experience unfailingly the same quality and standard you have been raving about”.

Equally important to Consistency is Michel’s close relationship with his customers. As I was talking to him, patrons came over to chat and to confirm their next luncheon or dinner reservation. It was just like family members saying “I’m off now, but I’ll be home for dinner.”

As we were leaving Vancouver the next day, Michel invited us to experience the magic of dining at Le Crocodile Restaurant first hand that evening.  He apologised for not being able to be there himself, as he had a big Charity function to cater for. Arriving for dinner, we were greeted personally, by our name! So was every customer coming through the door. A big tick for customer relations. Very impressive and so very powerful and effective. 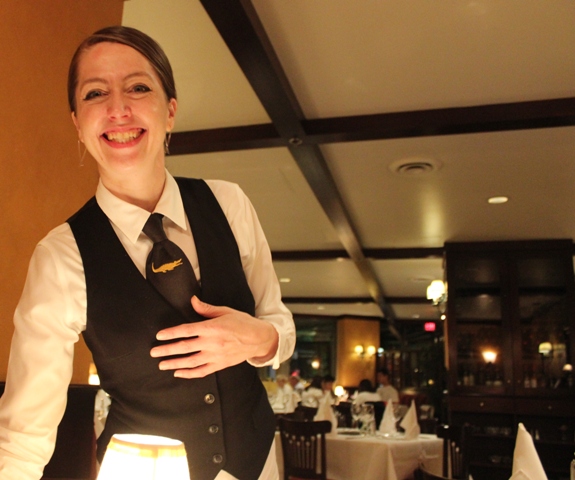 One of Le Crocodiles success is that the staff are incredibly proficient and loyal. Many of them have been with Michel since the opening of Le Crocodile, more than 30 years ago. This is another reason why Michel has seen generations of regulars, families and friends dining at Le Crocodile for 30 plus years.

We were seated at a table where we could “observe” the activities throughout the restaurant.  Everything was looking immaculate. Attention was given to the smallest detail.  All the staff members were well dressed, groomed and professional; long apron, gilet, signature ties with the yellow crocodile emblem. The tables were set with crisp white table clothes, faultlessly folded serviettes, orchids and candles on every table. But, perfection here did not mean intimidation; to the contrary, the whole ambience was inviting, saying “welcome and have a good time.” 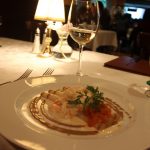 We revelled in impeccable service and exquisite cuisine. Every dish was beautifully presented and accompanied by an excellent, matching wine, explained in detail by the knowledgeable sommelier. 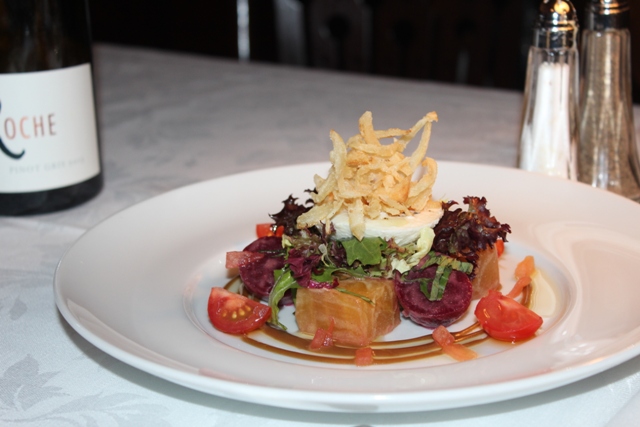 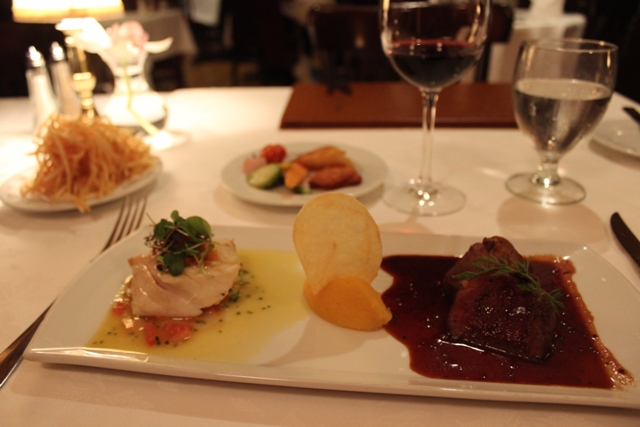 Some of Le Crocodiles menu are conventional French style dishes with a twist; a perfect blend of tradition and innovation. Every dish was truly exceptional, especially, the rich but delicate French Sauces. I was well and truly in foody heaven as I have not had white asparagus or “pommes allumette” since Switzerland, a long, long time ago. 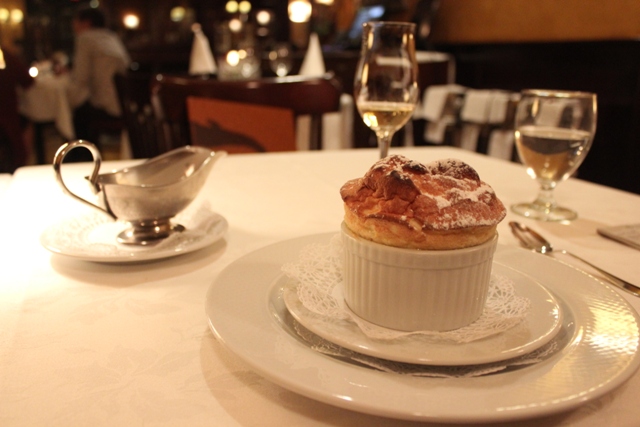 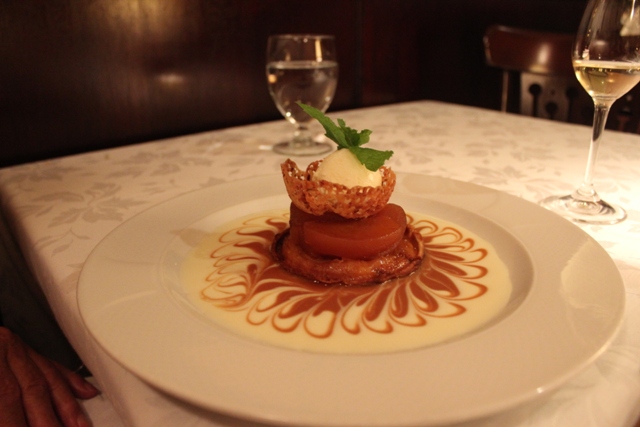 We finished up our perfect meal with little crocodile chocolates. 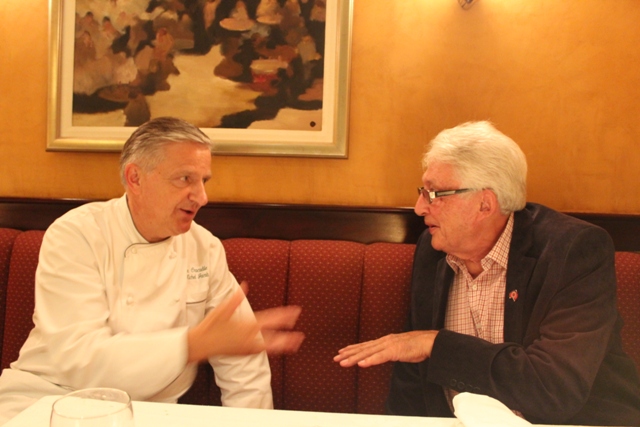 It was a great surprise when Michel returned early from his catering commitments to ensure we were well looked after and also to show me through his inner sanctum, the kitchen, himself. 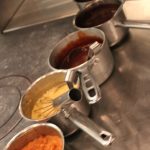 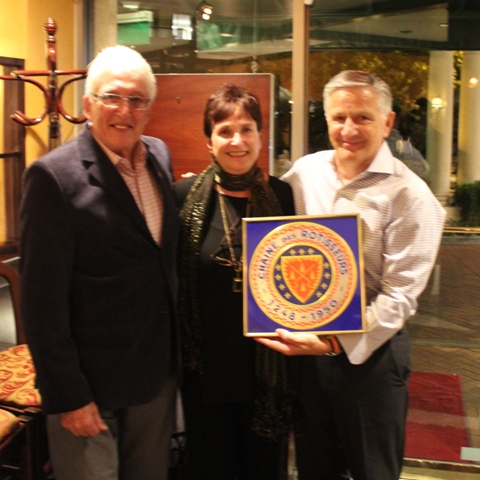 very enjoyable dining experience, courtesy of Michel Jacob, a top chef of great talent and great humility, we posed for pictures, a privilege well noted and said our farewell.

Thank you, Michel and staff, for a very special evening we will never forget

Le Crocodile Restaurant a must for everyone visiting Vancouver. lecrocodile@telus.net 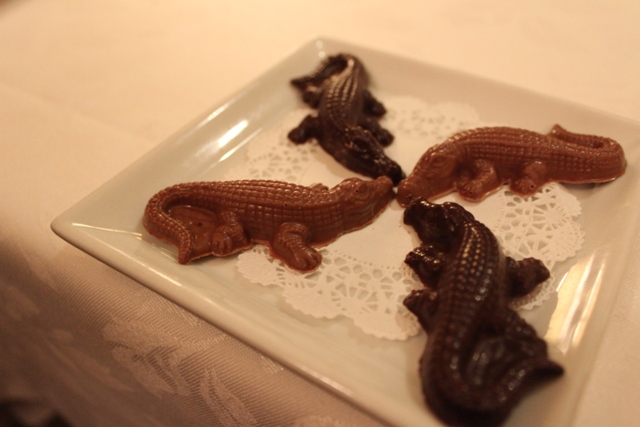