Brisbane has many attractive dining venues, the majority are in or around the City Centre, along the Brisbane River and at Southbank. Numerous culinary gems can also be found in our many wonderful suburbs. Though, none can beat the location of The Summit Restaurant at the top of Mount Coot-tha.

View from the Summit Restaurant Brisbane

We had a fabulous lunch this week on a picture book sunny Queensland day with views out to Moreton Island.

Samuel McCrystal is now the successful Executive Chef after an impressive culinary journey at various restaurants. He’s returned to the Summit Restaurant, where he began his apprenticeship under Manfred Woeller in 1997. 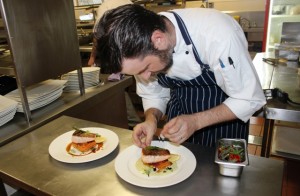 Samuels philosophy of food is that it should be fresh and prepared with passion. He is continuously exploring new creations with exciting flavours and  cooking techniques to take the Summit Restaurant’s menu to new heights. The Summit has an exciting new Lunch Menu, which I am pleased to say, can easily be modified to cater for special requirements, e.g. Vegetarian or Gluten Free or the many other requests that customers may have. 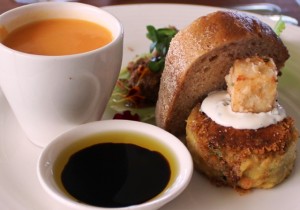 We started our lunch with a mixed entrée plate with summit’s san bow, demi-tasse of chef’s soup, chickpea and lentil kofta (savoury balls) with sourdough (and GF toast) with balsamic and evoo (extra Virgin Olive Oil) 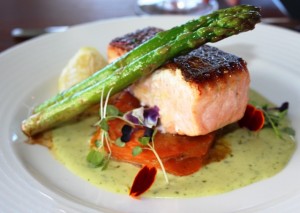 We then enjoyed a pave of atlantic salmon, sweet potato, spinach cream and asparagus. Mine slightly varied to be Gluten Free.

a glass of Mandala Chardonnay

A glass of 2012 Mandala Yarra Valley Chardonnay matched well with both dishes. 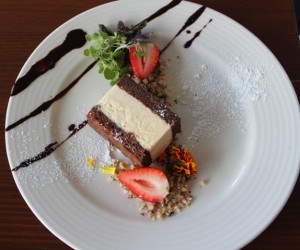 There was not a lot to think about when ordering the dessert, as Sam pointed out his choc fudge ice cream sandwich with a wild berry confit, topped with hazelnut crumbs, was made with my favourite Lick ice cream.

It was delicious. It was great to have a chat with the chef and catch up with Russell and Jacquie. 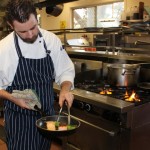 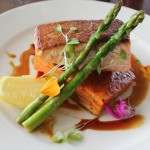 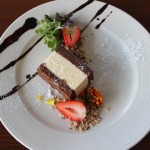 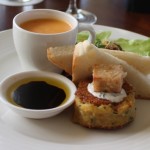 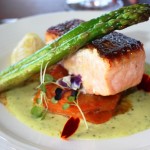 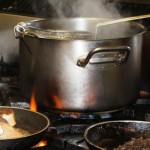