Dieter Müller  is the first award-winning chef  who has his own gourmet restaurant on-board Hapag-Lloyds flag ship MS EUROPA. He is the Executive Chef in charge of the culinary side of all the Boutique ships of the Hapag-Lloyd Cruise Liners. 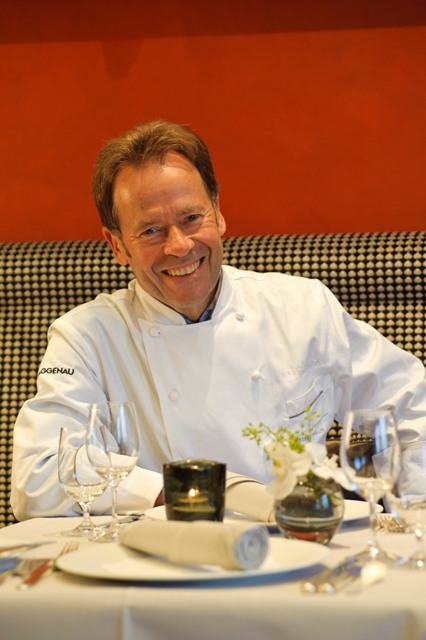 There are many accolades Dieter can boast, but they are too many to list here.  I will name a few so you can get some idea what fabulous gourmet meals you will be served on any of the Hapag-Lloyd Cruise ships. Dieter Müller is the proud recipient of the prestigious Michelin star for his restaurants culinary creations. His talent has earned him awards such as the “Chef of the year” by Krug Champagne and the Gourmet magazine, “Der Feinschmecker.”

Gault&Millau awarded his restaurant 19.5 points and his rating was declared: “perfect in every way.”

Dieter Müller received the highest gastronomy award of the United States, the Five Star Diamond Award and he was appointed Honorary President of the ChefHeads Club.

Dieter Müller has also written several successful cookbooks and is well known around the World “cooking up a storm” in Countries such as France, Japan, United States, Thailand and Australia.

A bit more about the Hapag-Lloyd Cruises; travelling on smaller ships offers you more opportunities to relax at sea and many more options for exclusive excursions “off the beaten track”.

Food and wine enthusiasts will rejoice at the vast variety of gourmet meals that are prepared with skill and integrate specialties and ingredients from the destinations you visit.  You can attend hands on gourmet cooking classes and learn all about the local wine from the expert sommeliers at wine tastings as you travel. 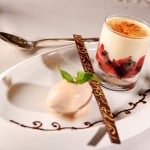 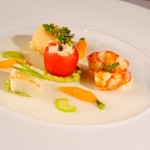 The pictures and videos are courtesy of  Hapag-Lloyd Cruises